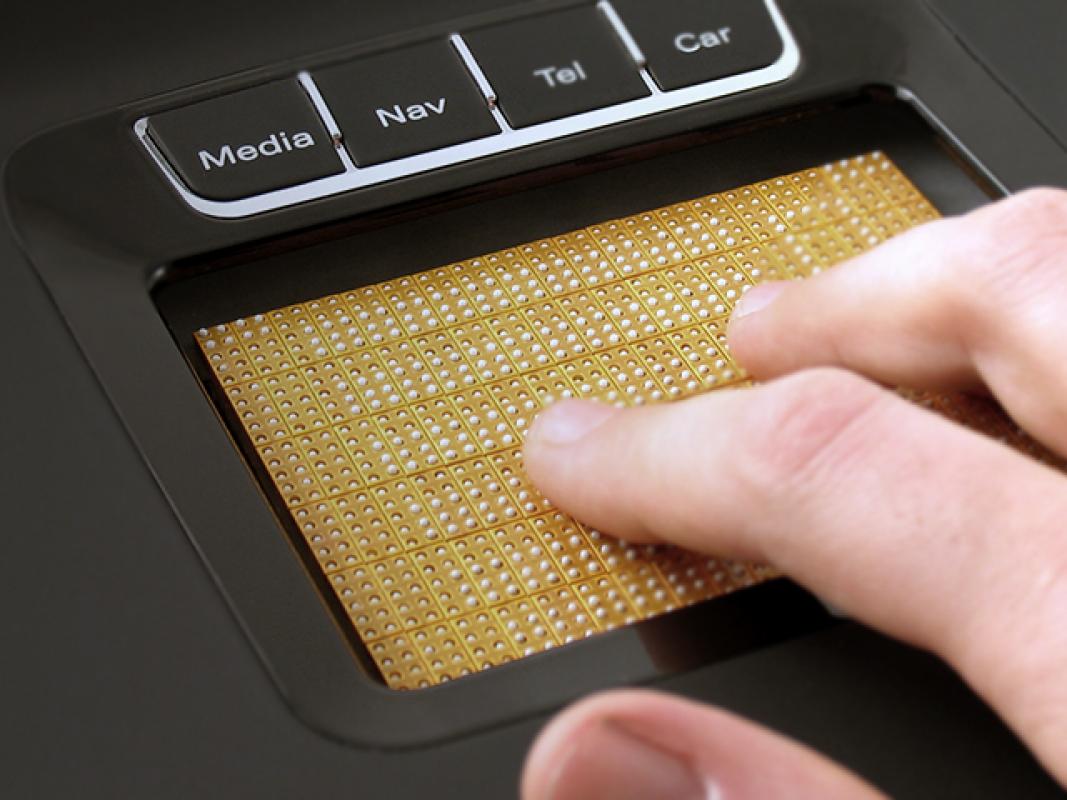 This project with Audi was exploring the interaction with a new input/output technology: a haptic touch surface. It is positioned in the center console of the vehicle interior and mirrors the graphical UI on the screen above. Tiny piezo-electric elements form embossed areas that mimic the button areas shown on the screen. Thus the user gets to feel the UI by pressing the haptic buttons and receiving instant feedback by the changing layout both on the haptic surface as well as on the screen. Working in a small team of an UX designer, an electrical and a software engineer my role was to develop the GUI. The prototype was used in the internal R&D department at Audi and was on display at the IAA auto show and at CES.