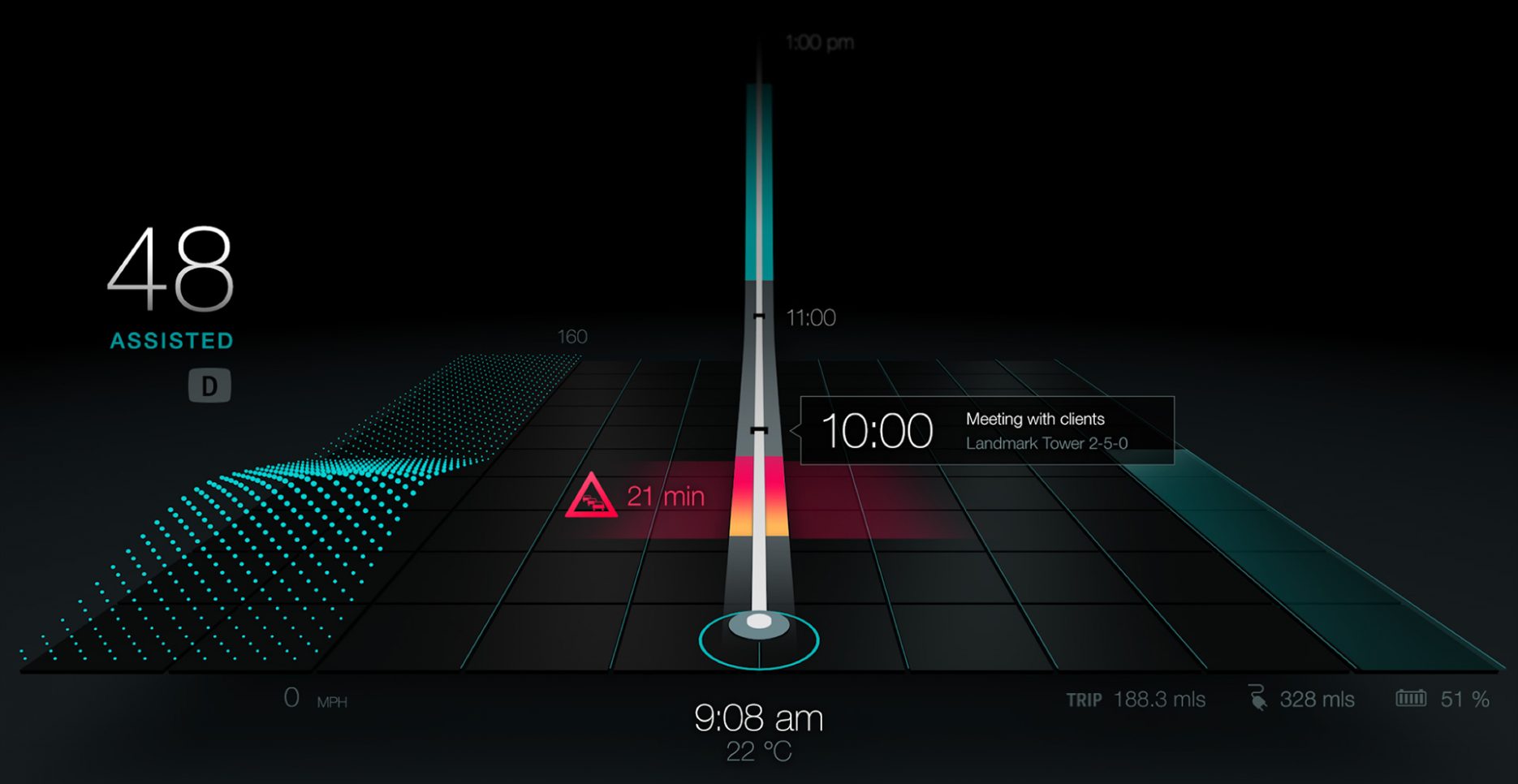 During my time as in-house designer at BMW Group Design, I was working on next-generation concepts and future visions at the intersection of interior and experience design. I was part of a cross-functional team that included UX, visual and interior designers and also human factors experts and developers. My focus was the interaction and visual design of the onboard experience, in particular NUI (Natural User Interface). I created visual user journeys, developed design languages and did a lot of prototyping, both in hardware and software. I led internal and external designers and developers within a range of advanced projects. We regularly developed high-end prototypes utilizing future technologies and conducting user tests with select customers. On many occasions I was able to present the project outcome to the board of management which subsequently found its way into new BMW models.

I am under a confidentiality agreement and cannot share any details or images here.