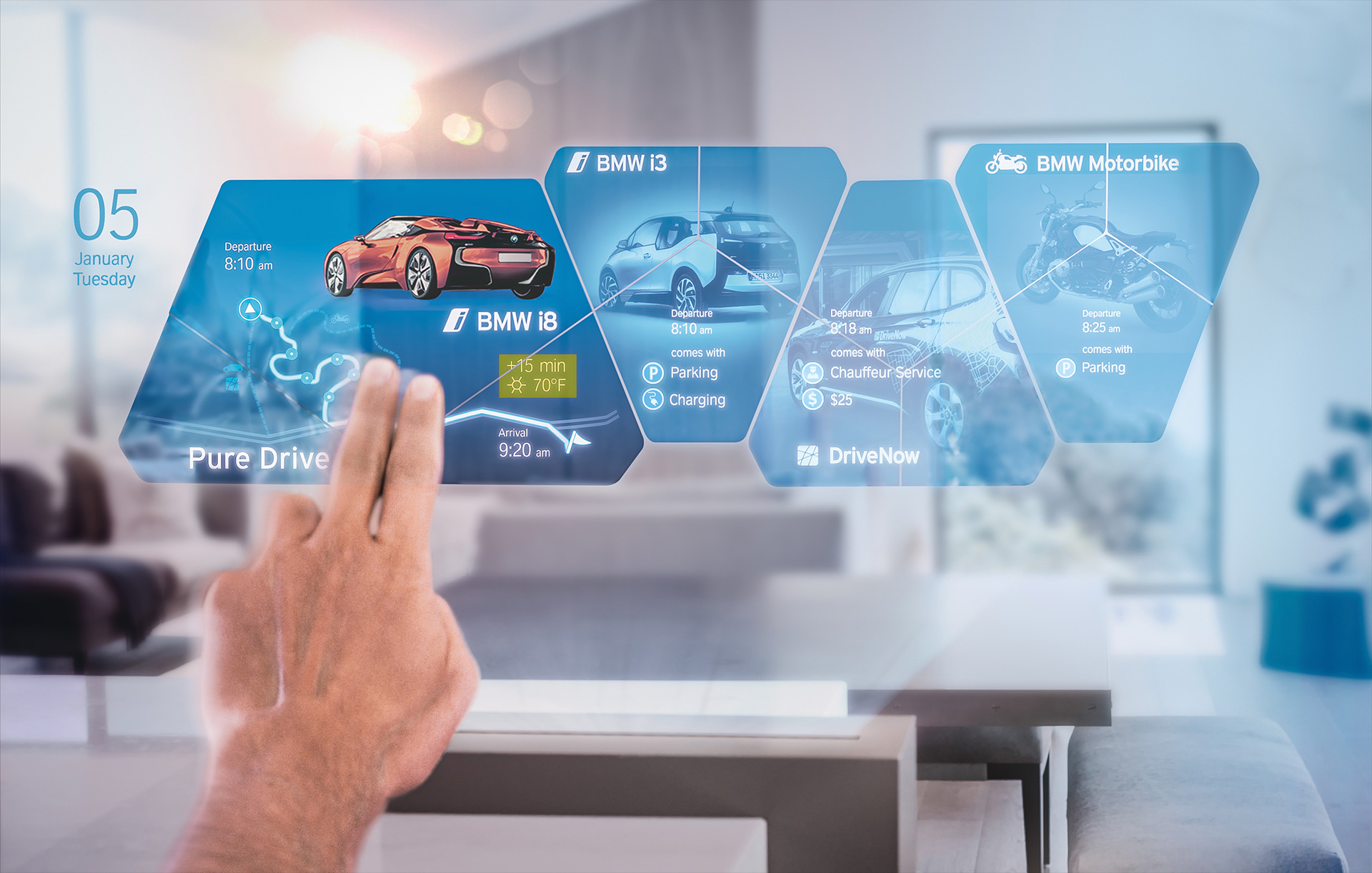 BMW presented a modified i8 Spyder with a future user interface at the CES 2016 in Las Vegas. A movie showing the interaction with the car and the new BMW Connected app was also part of the presentation. The car is BMW ́s first autopilot showcase and features a large panorama screen with AirTouch gesture control and a 3D cluster. While I was deeply involved in defining the storyline and use cases for the movie, I developed the visual and interaction concept for the onboard and off-board interface.

I was the creative lead in a small team of visual and motion designers and was working and traveling between BMW Munich and the Designworks studio in L.A.  I established the visual design, worked on wireframes and drew storyboards for the movie production. I helped managing the alignment process with different stake holders like interior design, marketing, HMI development and connected services and also collaborated with external vendors and agencies. Beyond playing a key role in the design team I was an active part of the movie production. Finally I was able to present the car at CES Asia 2016 in Shanghai.