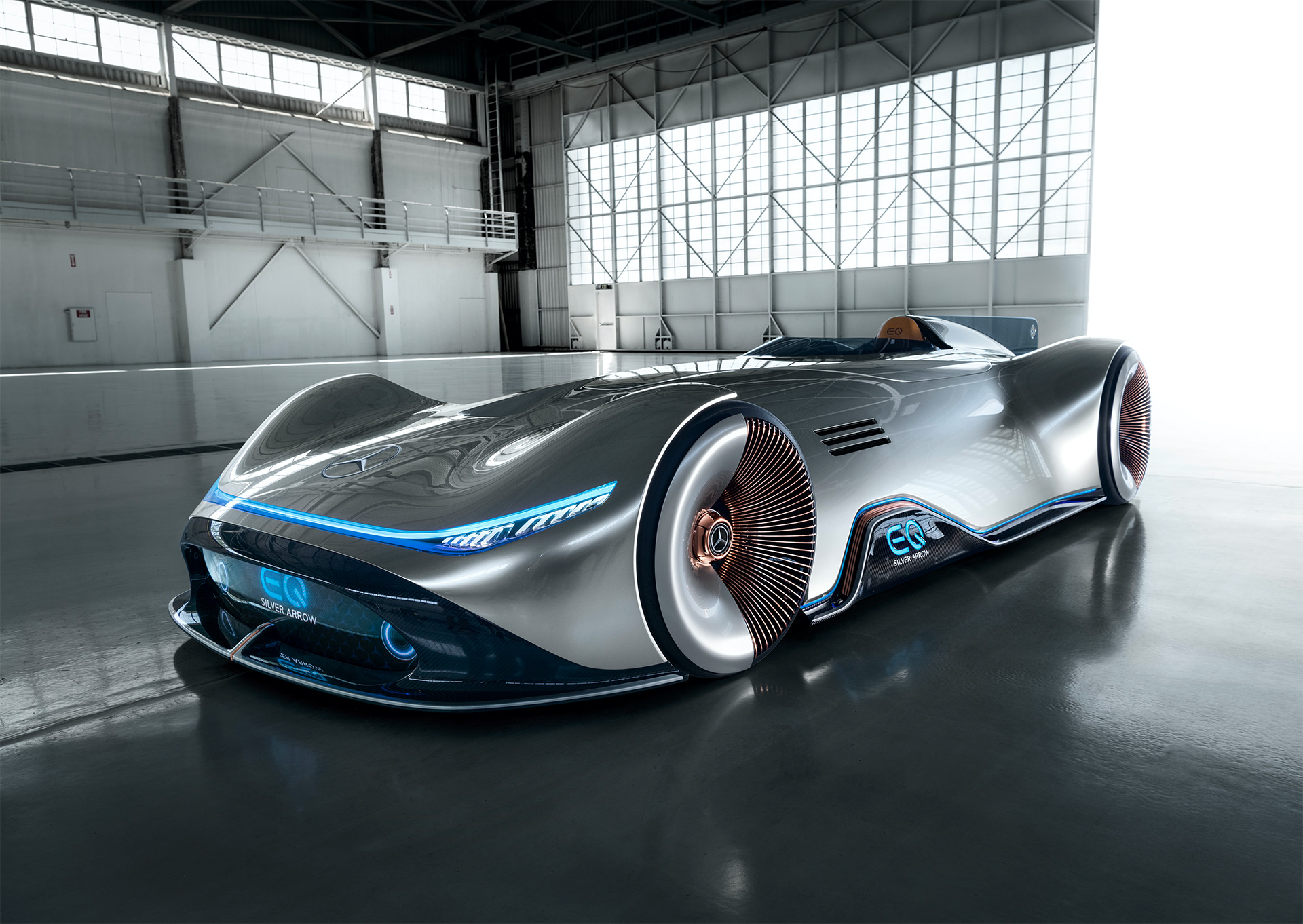 The Mercedes EQ Silver Arrow was presented at the Concours d’Elegance in Pebble Beach 2018. This electric concept was inspired by the legendary Silver Arrows of the 30s that broke speed records. It has a monoposto cockpit that opens through a canopy door on the top and features a large driver screen and a control screen on the steering wheel. The driver can experience a race mode where it is possible to race against virtual opponents that appear as AR overlays on the actual race track on screen. Also the driver can choose from a selection of different engine sounds like electric or combustion sounds and even a UFO sound.

I was the creative lead and manager of the entire UX/UI design and development process until implementation in the model. In a very small team of two designers and one developer I was working on wireframes and rapid HW and SW prototypes and did the final testing at the model maker. I was part of the press reveal of the car in Pebble Beach and presented the car to the public at CES 2019 in Las Vegas.